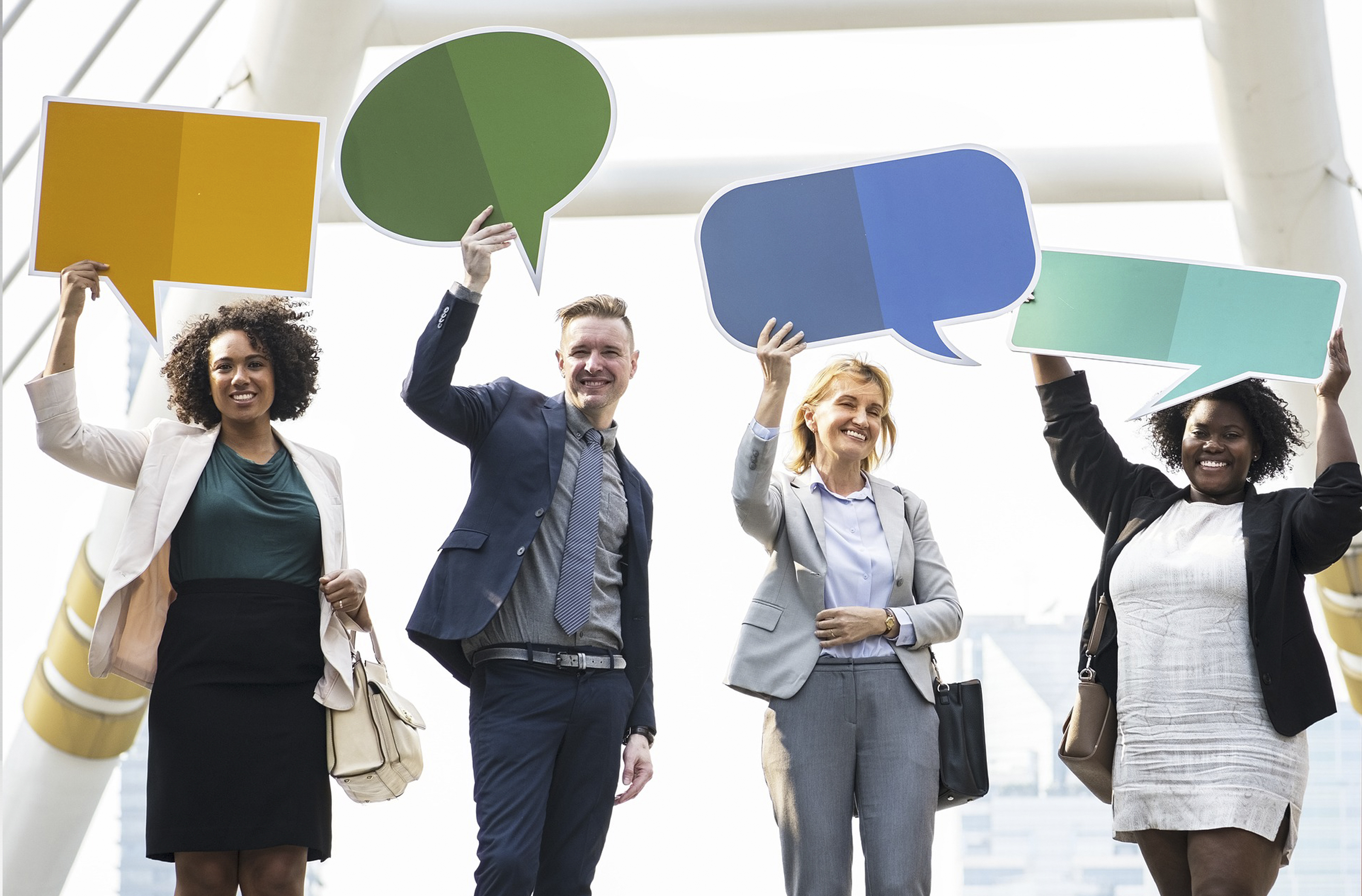 What’s the Deal with Marijuana Anyway?

(Summer 2018 [updated Spring 2019]) Our society is at a tipping point of changing our relationship with our country’s most widely abused illegal drug – marijuana.  There are so many things moving so fast. It is hard to know what to think. More than a debate exercise, marijuana’s ever-changing state is a real situation with real implications … in our workplaces, our communities and our homes.

Marijuana has long been debated, and, since 1991 when the first state made it available for medical use, the degree of conflicting information and opinions has compounded. We are left wondering: Is it addictive? Does it lead to other drug use? Is it safer than alcohol? Does it have medical value? How should I approach the use of marijuana in my workplace? Mix in any personal experience with the drug and we are left looking at today’s marijuana through a confused and possibly outdated lens.

So, what IS the deal with marijuana? Should we be concerned … about safety, health, productivity? Let’s take a closer look.

“Why can’t we just treat marijuana like alcohol?”
Currently, the differences that exist between marijuana and alcohol make it difficult to treat them the same. Most notably, marijuana is a controlled substance at the federal level and alcohol, of course, is not. As such, there are no federal regulations around marijuana packaging and labeling, which means the user has no idea how much THC they are consuming – they don’t have a way to know, for sure, how “high” they are going to get from the substance.

Similarly, unlike the research-based guidelines we have around low-risk alcohol consumption, we don’t have any directives for keeping marijuana use at low-risk.  And before we have either of those things for marijuana (i.e., labeling and low-risk guidelines), we need to have a lot more research on the impairing and physical effects of marijuana on the user.

Finally, until we have a way to objectively test for marijuana impairment (like we have with alcohol), it would be tough to treat them the same. We know that marijuana is still in an individual’s system after the “high” is gone, but we have don’t have a way of determining how specific levels of THC impact an individual the way we know with alcohol (blood alcohol concentration levels).

“With everything going on with opiates these days, marijuana is the least of my concerns.”
We are, indeed, in the midst of an opiate crisis. Heroin and painkillers are quickly addicting and get lethal fast. Though tempting, we can’t compare drugs and conclude that because we don’t see similar devastation with marijuana as we do with opiates, that it’s harmless – especially in the workplace.

Complicating the comparison, some business owners/managers are often thinking about marijuana from 20, 30 and even 40 years ago. Things have changed. Today’s marijuana is much more potent and is used in many other forms than merely smoking a joint.

Increased potency has led to increased problems, including increased hospital and ER admissions, more problems on our roads and even higher rates of mental health problems. In addition, the steep increase in marijuana addiction treatment admissions starting in 1992 has tracked much more closely with the steep rise in potency than with any population increases in use.

In short, today’s marijuana is not “just weed.”

“It’s none of my business what my employees do in their own time, I just don’t want them to be impaired on the job.”
Sure, it is important to delineate between work and personal time. But what if what I do on my own time affects (or could affect) my work time?

We’ve all heard that marijuana stays in the body longer than alcohol and other drugs. Thirty days, right? Not so fast. It is tempting to want to put a number on that, but many factors impact how long marijuana stays in anyone’s body. THC dissolves into fatty lipids, while alcohol and other drugs are water-soluble. To be clear, this is NOT a fat vs. skinny issue — THC stores in the fatty-lipids of the cell walls (any cell walls, but especially white cells, cells in the reproductive area and brain cells).

Because THC is fat-soluble, it has a half-life, meaning it takes a certain amount of time for the amount of the substance to cut in half, and the same amount of time for the remainder to cut in half, and so on. THC’s half-life ranges from two to eight days, with an average of four days. If a person uses again before the THC is all gone, the THC accumulates with regular use.  The more a person uses, and the more often he or she uses, the greater the THC accumulation. (This is why the American Medical Association (AMA) considers the use of 2 – 3 joints per week to be “heavy use.”)

To answer the question “how long does it stay in the body?” we need to consider factors such as how much and how often the person uses, the potency of the marijuana used, when the person last used and the length of the person’s half-life, which can vary.

The concern about THC accumulation goes far beyond testing for the presence of the substance. THC’s half-life not only means it dissipates more slowly than many other ingested substances, but also that the impairment lingers well after the buzz is gone. Treatment clients often say it takes a while for the “fog” to clear, and research supports lingering and long-term impairments due to this unique feature of marijuana.

THC accumulation also raises concerns about job performance and safety which poses a real challenge for employers. How will we know if an employee is impaired? A drug test, if you’re using best-practice science and processes, is court defensible. But a positive test can only determine there is a certain amount in the person’s system. What it doesn’t say is whether the person is impaired. Currently, there is no objective, standardized measure for marijuana impairment. So while it makes sense to focus on job impairment as it relates to marijuana use, we currently have no objective way to know if an employee is safe to work after they’ve used in their own time.

And think you can leave it up to your supervisors to determine if a person is impaired or not? That’s not easy, either. Society tends to define impairment in physical terms (e.g., stumbling, slurring speech) — ignoring cognitive impairments which occur well before physical impairments. Marijuana impairment is subtle. It impairs such things as attention, reflexes, reaction time, depth perception, judgment and memory. These mental impairments can be present immediately while high, but most are also present after the high is gone and can last for a few hours, days or weeks after last use. Even supervisors trained to observe signs of alcohol/drug use have a difficult time “seeing” mental impairment. Someone can seem okay, but it doesn’t mean they are okay.

“It’s weed. It’s not like it’s addictive.”
Many people think that marijuana is not addictive. This could be because they know people who have used it for a long time who don’t seem to experience withdrawal when they stop using. Often people think of withdrawal as having the shakes, hallucinating and/or being physically ill. These are extreme signs of withdrawal. Studies show the intensity of withdrawal symptoms varies across drugs and depends on how progressed the disease is. Marijuana’s half-life confuses the issue even more by creating a natural weaning effect when an individual stops using, thereby offsetting some of the withdrawal symptoms. In fact, studies show that the discomfort and irritability many people experience in cannabis withdrawal is shown to be a biological effect that parallels withdrawal from alcohol and heroin.

Marijuana addiction is also linked to a withdrawal syndrome similar to that of nicotine withdrawal, which can make it hard to quit. People trying to quit report irritability, sleeping difficulties, craving and anxiety. They also show increased aggression on psychological tests, peaking approximately one week after they last used the drug.

The research is clear: marijuana is addictive. Lab studies and real-life experiences have long confirmed the addictive nature of marijuana with 1 out of 11 users becoming addicted (similar to alcohol) and, when use starts in adolescence, the rate increases to 1 out of 6 (similar to cocaine).

“Why can’t I treat medical marijuana in my workplace the same as I treat other prescription drugs?”
Best-practice drug-free workplace (DFWP) programs provide guidelines about an employee’s use of prescribed medications. Many explain the rights and responsibilities of employees in relation to their use of medications including discussing with the doctor or pharmacist the warnings and possible effects in relation to their job duties, reading the patient information that came with the medicine, monitoring for side effects and alerting their employer if a medication could impact their job.

But, here’s the rub: There is no such thing as a prescription for marijuana. Marijuana is not FDA approved. Even in states allowing medical use, access is based only on a doctor’s recommendation.

For employers, the lack of a prescription poses some real challenges. Employees won’t get any patient information. Employers won’t have the safeguards and protections built into the prescription process. And, in every state, no matter what the law says, the responsibility for verifying the validity of a marijuana recommendation falls to the employer. Following a positive test, a Medical Review Officer (MRO) will not be able to confirm a legitimate medical reason for the substance to be in the employee’s system. The MRO will rule it positive. And when the employee says, “but I have a marijuana card,” the MRO will instruct him or her to take it up with their employer. It’s the employer, then, who’s left to verify such things as the legitimacy of the card, if the marijuana is being used according to doctor’s recommendation, how long the employee is going to use it and whether it’s safe for the employee to work. Making these determinations can put employers in a tough position.

“Marijuana’s basically legal now, and since so many people are using it, I may just stop testing for it.”
Marijuana is all over the news, depicted as normal on television, in the movies and on the internet. It would be easy to think that “everybody is doing it.” While it is true that marijuana is our most abused illegal drug, the vast majority of the population does not use it.

But, for those who do use marijuana, research shows that marijuana poses safety, productivity and health risks to their workplace, and supports the presence of lingering impairment risks from the accumulation of marijuana. Drug-free workplace policies have been prompted by the need to assure safety and to protect liability. Use of any drug, illegal or prescribed, that can result in hazards on the job is a concern for all employers.

Research shows that there are risks associated with marijuana use and that these risks can impact the workplace.  Employers have a duty to mitigate risks in their workplace.  Therefore, it’s important not to throw in the towel on this issue because it seems like the easy option.  Instead, employers need to stay informed on the issue and look for research-supported answers to questions around marijuana and continue to ask, “What’s the deal with marijuana?”