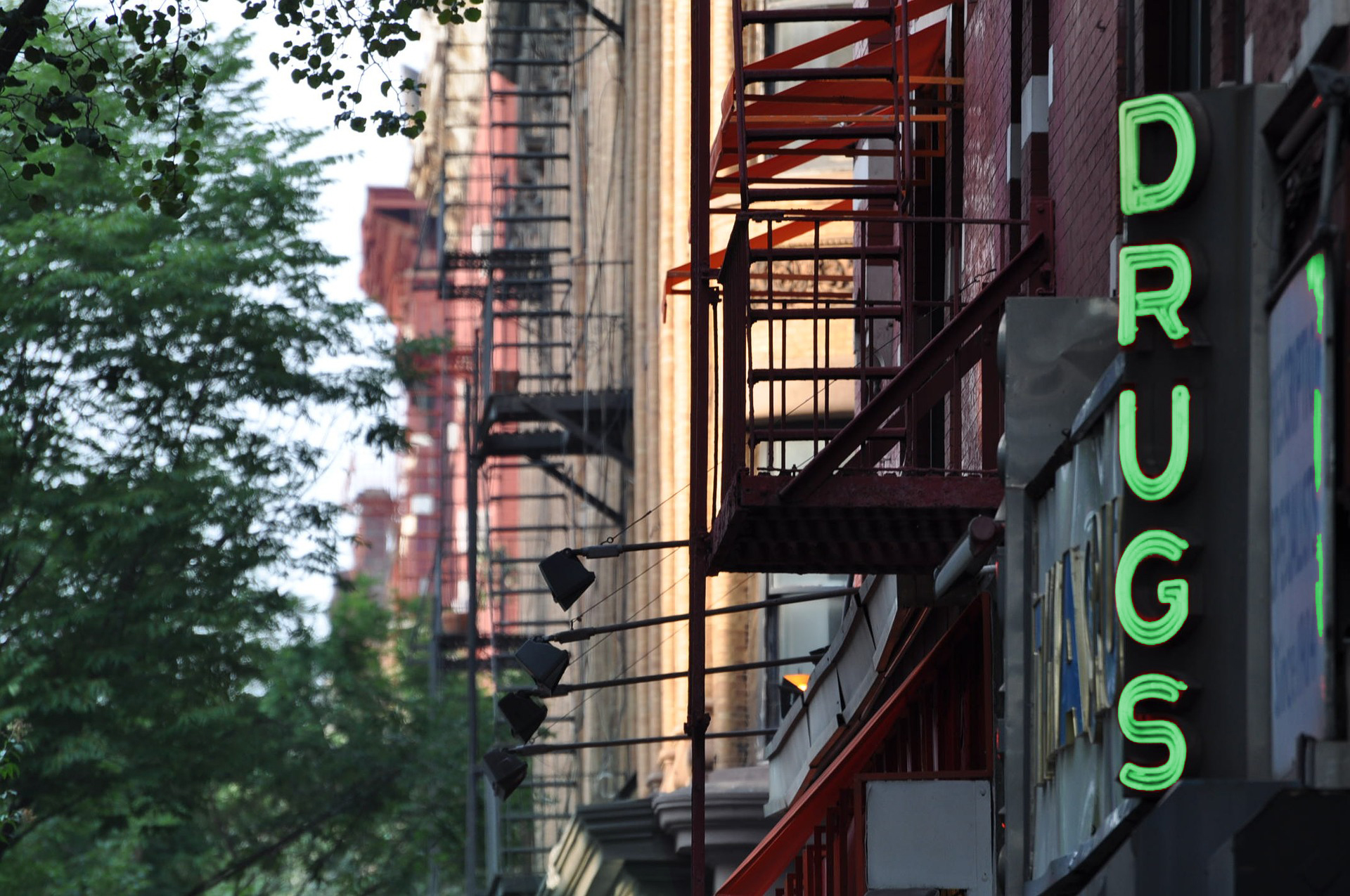 By Bill Current, Founder of the Current Consulting Group

When considering drug testing methods, it is critical to understand what contributes to marijuana-induced impairment and how long such impairment lasts. To this end, there is a term that often gets used: “peak window of impairment.” This term is often used to suggest that marijuana’s impairing effects only last 2-3 hours and that beyond that very short period of time not only is a worker probably no longer a safety risk but employers really have no business knowing if that individual has marijuana in their system while on the job.

But the term “peak window of impairment” can be misleading, and the reason is based on science. Researchers have concluded that there are many different factors that influence how each individual becomes impaired by marijuana use and for how long. Much depends, for example, on each user’s drug use history and frequency of use, the level of tetrahydrocannabinol (the psychoactive ingredient in pot) in the marijuana being used, the method of use (e.g., smoking a joint vs. eating a THC-laced brownie, etc.), and the task being performed (e.g., remembering instructions vs. operating a motor vehicle).

A new report from the University of Sydney claims to have accurately identified a window of impairment for cannabis users, “suggesting more accurate timeframes of intoxication from one of the drug’s active compounds, tetrahydrocannabinol (THC).” The research, reported in the July 2021 issue of Neuroscience & Biobehavioral Reviews, analyzed 80 separate studies to “determine when people would be impaired after cannabis use. Depending on how much THC is taken, how it’s taken, and the person taking it, they found cognitive impairment could last between 3 and 10 hours.”[i]

Method of Use. How marijuana is used is particularly important when trying to determine the drug’s window of impairment. The Sydney report found:

“Our analysis indicates that impairment may last up to 10 hours if high doses of THC are consumed orally. A more typical duration of impairment, however, is four hours, when lower doses of THC are consumed via smoking or vaporisation [sic] and simpler tasks are undertaken (e.g., those using cognitive skills such as reaction time, sustained attention and working memory).”

The report further stated: “This impairment may extend up to six or seven hours if higher doses of THC are inhaled and complex tasks, such as driving, are assessed.”[ii]

“We found that impairment is much more predictable in occasional cannabis users than regular cannabis users. Heavy users show significant tolerance to the effects of cannabis on driving and cognitive function, while typically displaying some impairment.”[iii]

Intoxication vs. Impairment. It is important to understand that intoxication and impairment are two very different things. According to the Automobile Association of America (AAA): “As the AAA noted in a major 2016 study, THC can remain in a user’s blood or urine for weeks after they consume marijuana, depending on various factors. Furthermore, THC levels spike immediately after consumption, but decline to low levels very quickly – long before impairment ends.”[iv]

“Long before impairment ends?” This means that even if a person no longer feels high from marijuana use, they could still be impaired, depending on what tasks they are being asked to perform.

An oft cited report by the National Highway Traffic Safety Administration (NHTSA) provides some clarification on the issue of duration of marijuana impairment. Here is the part the pro-marijuana folks like: “Effects from smoking cannabis products are felt within minutes and reach their peak in 10-30 minutes. Typical marijuana smokers experience a high that lasts approximately 2 hours.”

However, the same report also states: “Most behavioral and physiological effects return to baseline levels within 3-5 hours after drug use, although some investigators have demonstrated residual effects in specific behaviors up to 24 hours, such as complex divided attention tasks.”

Psychomotor[vi] vs. Cognitive Impairment. The NHTSA report also stated the following regarding types of impairment: “Psychomotor impairment can persist after the perceived high has dissipated. In long-term users, even after periods of abstinence, selective attention (ability to filter out irrelevant information) has been shown to be adversely affected with increasing duration of use, and speed of information processing has been shown to be impaired with increasing frequency of use.”[vii]

From this we learn that marijuana-induced impairment is affected by how long ago the drug was used, whether the person is a “long-term user” and among other factors, the tasks required.

What Employers Should Know

Technically, no drug testing method can prove, either legally or scientifically, that a person is impaired. But a positive drug test result does prove that a person had drugs in their system at the time of the test.

Some states that have legalized marijuana require employers to prove there is a connection between a positive drug test result and actual impairment before taking adverse employment action. Hence, the issue of how long marijuana impairment lasts becomes a critical point when choosing a drug testing method because each method has its own unique window of detection, and some methods align better than others with marijuana’s actual window of impairment.

There are only three drug testing methods endorsed by the federal government’s Substance Abuse and Mental Health Services Administration (SAMHSA): lab-based urine and oral fluid and soon, hair testing. Additionally, there are rapid-result, point-of-collection testing (POCT) devices for urine and oral fluid that have been cleared by the U.S. Food & Drug Administration (FDA) and that have similar windows of detection for most of the same drugs as their lab-based counterparts.

What to Look For In a Drug Test

Recent-Use Detection. Lab-based oral fluid testing is the only method endorsed by SAMHSA that can detect recent drug use. This is because the parent drug is detectable in oral fluid, which makes detection possible within about 15 minutes after marijuana usage. Urine and hair testing identify a metabolite of marijuana, which requires several hours to become detectable in a urine sample and several days in a hair sample. Urine and hair testing are scientifically solid and legally defensible testing methods but not capable of detecting recent drug use. This is an important distinction to understand when drug testing in states that have legalized marijuana.

Window of Detection. The window of detection for urine testing starts about 6-7 hours after usage and lasts for about 3-4 days at the cut-off levels commonly used for workplace drug testing. Hair testing’s window of detection begins 7-10 days after usage, but drugs remain detectable for up to 90 days.  Hence, both testing methods are effective for life-style drug-use detection like pre-employment screening but not recent-use detection.

Drug-Test Panel. When employers want to know which drugs to test for the answer is simple: “Test for the drugs people are using.” Marijuana? Of course! Pot is the number one used illicit drug in the world. People under its influence while on the job are typically less productive and more likely to be involved in a drug-related accident. A decision to stop testing for marijuana is ill-advised at best and potentially dangerous and costly. At the same time, it would be an equally questionable business decision to only test for marijuana.

The COVID-19 pandemic is being blamed, rightfully so, for a wild upswing in the use of synthetic opioids and opioid-related overdoses and fatalities as well as an increase in amphetamine usage. One drug testing provider said they experienced over a 200% increase in positive drug test results from random testing for opioids and amphetamines in 2020.[viii] Just like marijuana, these other drugs can cause impairment.

Lab-based and rapid-result urine and oral fluid testing can accurately detect many drugs, as can hair testing.

Here’s what we know: Drug testing applicants and employees for marijuana, especially those in safety-sensitive positions, is legal in virtually every state.  Employers still have the right, in all 50 states, to prohibit workers from using marijuana while on the job, bringing marijuana into the workplace, and being at work impaired by marijuana.

Bill Current is the author of “Why Drug Testing: Updated and Expanded for 2020,” as well as 9 other books on substance-related issues. In 1998 he founded Current Consulting Group the number one recognized brand name in compliance and business development consulting in the drug testing industry. Included in these services is Current Compliance, the only comprehensive online subscription database on all state laws related to workplace drug testing, including marijuana and workers’ compensation laws.

[i] How long does impairment last after cannabis use? Cosmos. April 2021. https://cosmosmagazine.com/health/body-and-mind/how-long-does-impairment-last-after-cannabis-use/
[ii] Ibid.
[iii] Ibid.
[iv] Overview of Major Issues Regarding the Impacts of Alcohol and Marijuana on Driving. March 2016. https://aaafoundation.org/overview-major-issues-regarding-impacts-alcohol-marijuana-driving/
[v] Acute Marijuana Intoxication. Children’s Hospital Colorado. https://www.childrenscolorado.org/conditions-and-advice/conditions-and-symptoms/conditions/acute-marijuana-intoxication
[vi] Psychomotor refers to the “relationship between cognitive functions [thinking, remembering, understanding] and physical movement… demonstrated by physical skills such as movement, coordination, manipulation, dexterity, grace, strength, speed—actions which demonstrate the fine or gross motor skills, such as use of precision instruments or tools, and walking.” Source: https://en.wikipedia.org/wiki/Psychomotor_learning
[vii] Drugs and Human Performance Fact Sheets. NHTSA. April 2014 Revised. https://www.nhtsa.gov/sites/nhtsa.gov/files/809725-drugshumanperformfs.pdf
[viii] From an internal report by DISA Global Solutions included in a presentation slide deck as part of a DISA webinar in April 2021. Used with permission. https://disa.com/contact