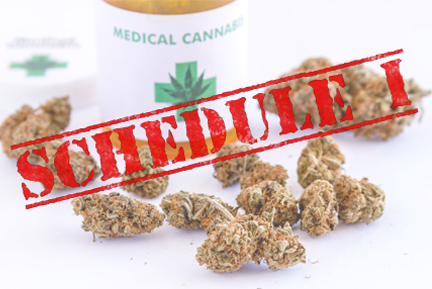 Hurdles to Legalizing Marijuana as Medicine

(Fall 2016) After several years of waiting, the Drug Enforcement Administration (DEA) ruled that it will not downgrade marijuana from a Schedule I drug to a Schedule II drug.  The classification change would have opened the door for marijuana to become an FDA-approved (Food and Drug Administration) medicine.  As a Schedule I drug, marijuana remains classified as having no currently accepted medical use and a high potential for abuse.  The challenge with down scheduling marijuana is that rigorous, scientific research, which meets specific criteria, is needed to identify marijuana’s medical uses.

However, changing marijuana’s schedule is a catch-22. Controlled, large-scale clinical trials proving marijuana has medicinal value are needed, but because the DEA restricts how much of a Schedule I drug (in this case marijuana) can be available, even for research purposes, we come full-circle with the limitations that bind the situation.  This means researching marijuana’s merit as medicine is sorely lacking.  So now, with 25 states having varying degrees of medical marijuana legalization, millions of people using a drug for which we don’t have established safety or efficacy data.

In its recent ruling, the DEA did make an announcement to ease this situation.   It will oversee and allow additional entities to apply to become registered with DEA so that they may grow and distribute marijuana for FDA-authorized research.  Currently, the University of Mississippi is the only facility allowed, under federal law, to grow and supply marijuana to all FDA-authorized research projects.

So one hurdle down – the DEA’s ruling should increase the availability of marijuana for research.

But accessibility is only part of the issue.  The process for approving a substance as medicine and being released to the marketplace is complicated and involves three principal federal agencies:

To qualify as medicine a drug must satisfy five requirements:

Qualifying to do Research

Besides having marijuana available for research, another hurdle in the process is having a registered facility and approved research protocols to carry out medical marijuana studies.  Limiting the number of facilities that can qualify is the fact that research sponsors must go through a lengthy application process to get a Schedule I license which involves an evaluation for safety and security.

Not only do researchers and facilities need to be approved, to satisfy FDA standards as medicine, the scientific research plan on any substance must be prolific, elaborate and controlled.  Accomplishing the overall necessary registrations and approvals to execute qualifying research is very time intensive.  For example, it took Johns Hopkins University School of Medicine’s Ryan Vandrey a year and a half to get all of the necessary regulatory approvals for a recent medical marijuana study involving only 76 people at two research facilities.    To be adequate for scientific justification as medicine, more and larger studies will need to follow and each study will have to go through the same registration and approval process.  Think of the time this represents.

To address this issue the Marijuana Effective Drug Studies (MEDS) Act was recently introduced by a bipartisan group in the U.S. Senate with a similar bill introduced in the House.   The objectives of each are centered around enabling better quality and a smoother road to research on the medical effectiveness and safety of marijuana.  Senator Orrin Hatch said, “While many patients have high hopes for the medical benefits of marijuana, further clinical research is needed to inform the decisions of policymakers regarding access to marijuana.”

These bills target barriers that impede researchers such as making it easier to gain federal approval to conduct research.  They also propose details to eliminate redundancies in the regulatory process so that when researchers need to amend or supplement research proposals they will not have to go through the long process of reapplying for approval.

The MEDS Act is supported by a number of groups, including the American Medical Association, American Academy of Pediatrics, American Cancer Society Cancer Action Network, American Society of Addiction Medicine and Smart Approaches to Marijuana.

Money is another hurdle in the process of researching marijuana and raising it to the status of medicine.  The broad-scale research needed to legitimize medicine (any medicine) is costly.  Who can afford to execute the type of research that’s necessary?

The current process for researching marijuana is costly.  If the DEA down schedules the drug it will open the door wider for the proliferation of research-toward-market for medical marijuana.  This will create interest from large-scale pharmaceutical companies to become even more aggressively involved.  It stands to reason that the cost to grow marijuana for research, research and then take a resulting product to market will require deep pockets and generate a highly commercialized industry all the while driving up costs to the patient.

The platform used for many of us to embrace the concept of marijuana as medicine has often been predicated on compassion for using a “natural herb to relieve pain and suffering.”  This conjures pictures of growing the substance in a kitchen window box and personally applying it as needed.   Considering all that goes into it and the costs, the American methodology of quality assuring a drug as medicine can be a serious reality check and a meaningful exercise for all of us.

(DON’T FORGET: Click on the boxes to the right for our columns)